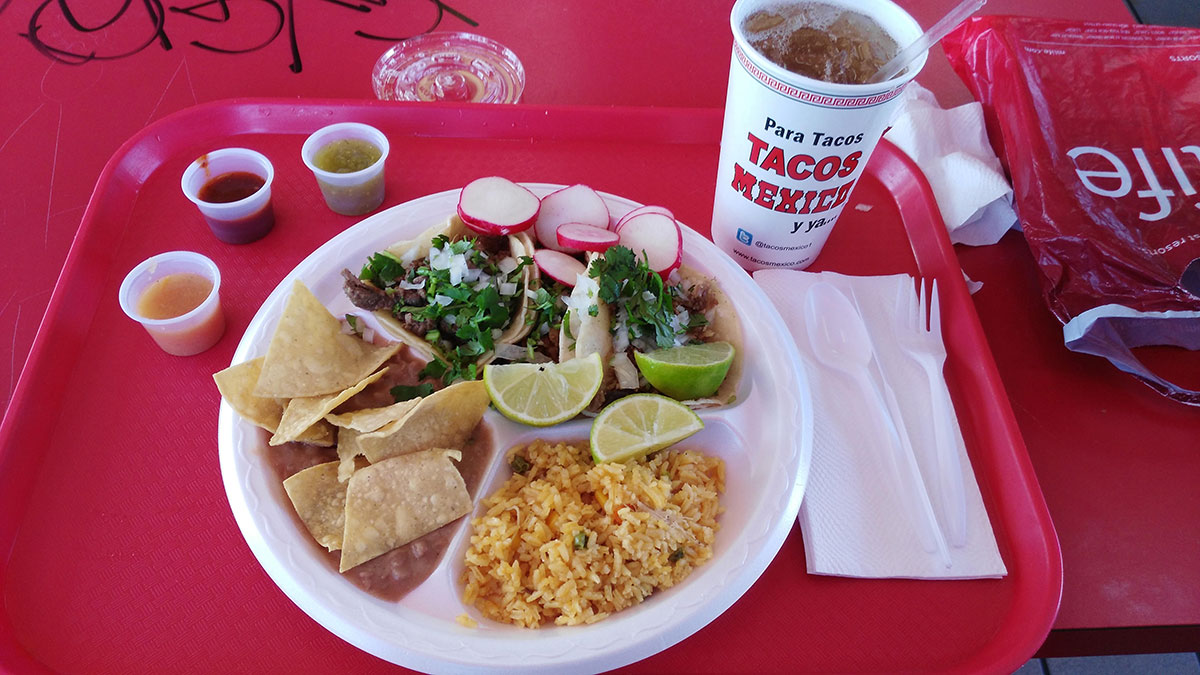 One of my dreams had always been to go to Las Vegas and this year I was very motivated to go although I almost did not have money for what I had heard that was expensive. Here my story so you can get an idea and do not get discouraged !.

My budget was for 50USD day (25 $ accommodation and $ 25 for food and other expenses on the day). I found a hostel for 23USD the night with breakfast included (waffles, breads, muffins, juice and tea), after that I had 2USD left over per day !! It’s called Sin City Hostel, 15 minutes walking from the Stratosphere and at the end of The Strip.

1st day: I decided to walk from the start The Strip, that is to say where is the “Welcome to Las Vegas” sign and walk back through the various hotels and casinos from Mandala Bay, Bellagio, Flamingo to Caesar Palace. I had to pay a bus for 24 hours for 8USD and I had lunch at Johnny Rockets where I paid 13USD for a hamburger and potatoes (I brought bottled water). I entered the M & M World where I craved an M & M ice cream that cost 3USD (the only movie I saw and did not pay haha ​​”looking for Blue and Red” and later a 750ml beer for 4USD.) Total day 28USD !.

Day 2: I got up early to use the bus ticket for the last time and not have to pay again, so I went to The Mirage, which is where I had stayed on the tour the previous day. I kept walking through all the hotels and more casinos, the Venice, Palazzo, The Treasure Island, Circus Circus and Stratosphere. Spend 1USD in a little machine kiss was all hahaha. That if I walked a lot !. I went to a souvenir shop and I bought the typical shirt of “Las Vegas” where I paid 11USD, then back to the hotel I stopped at Tacos de México where I asked for a combo for 7USD !!!! I had 3 tacos, beans, rice, tortilla chips and flavored water! In the evening I went to Rick’s pawnshop and bought a drink for 3USD back. Total of the day: 22USD !.

Day 3: I decided to go this time in the direction of Freemont St, I walked all the way through the “old downtown” the old and typical casinos, walking back I entered another Mexican restaurant where for a tamale, tortilla chips, salad and water taste with refill pay 8USD. Already for the night a sandwich that costs 7eleven 5USD. Total of the day: 13USD.

Thanks to everyone who gave me advice and encouraged me to come here! I hope to help you with this to those who are to come! : D